The room is finally done, at least in terms of items being added....for now. I'd still love to put the owl in a cage, but finding a cage has turned out to be harder than I'd expected.

The moving picture frame is hung but not yet hooked up to the laptop. I have to wipe one and put Ubuntu on it, as well as whip up some nice moving video clips to put on a loop. In time we'll let Grey know that he can also watch movies on it. That will be huge as he's been asking for a TV for his room for quite some time now.

Once we give him the wand and show him how to "magically" open the drapes, turn on the lights etc. I'll shoot some video of the magic in action and post it.

A result of a Groupon for Canvas on Demand. This was a picture of Greyson dressed as Harry Potter last Halloween. 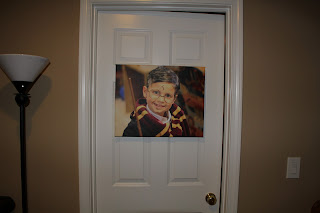 Sorting hat hung on the wall along with his robe. 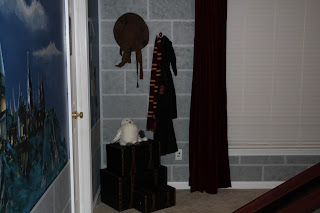 This is where the moving pictures will be (Harry Potter Style).  It's an old 19" monitor stripped out of the plastic housing and framed.  Originally tried to use laptop display panels but ran into complications in getting the right connectors. This will be hooked up to a laptop. 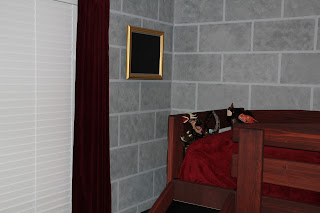 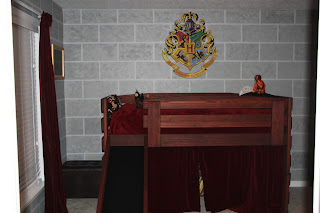 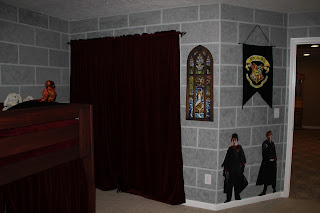 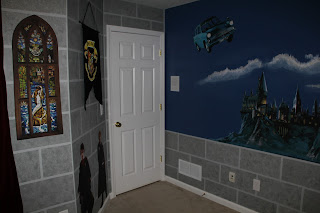 We're still debating and trying to figure out WHAT to put in front of the castle. Thoughts are a futon or some bean bag chairs. Can't go over 30" though, that is the where the castle mountain begins. 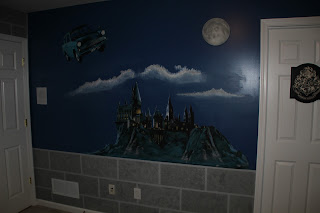 Door to bathroom, added a Hogwarts Crest to the door. 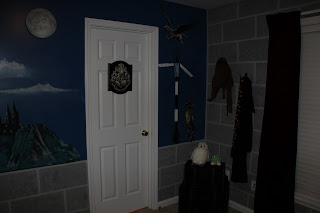 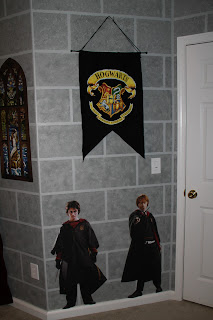 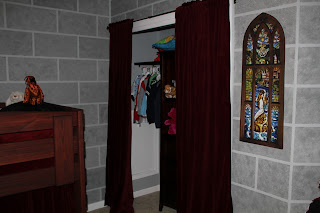 Under the bed opened. 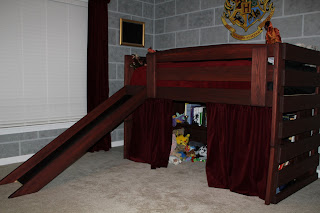 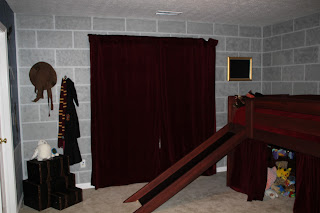 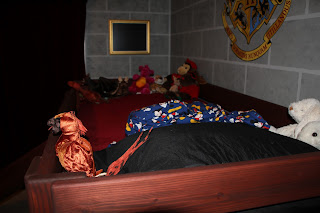 A shot of the books 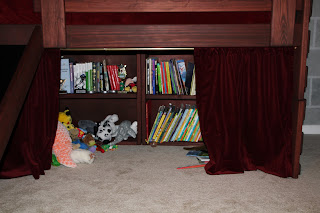 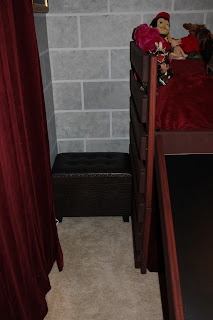 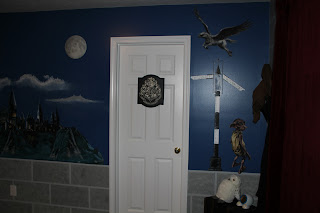 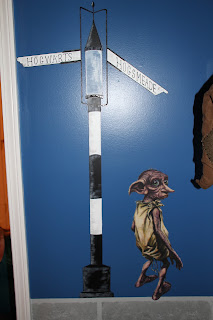 Posted by Clinton Harpman at 10:30 PM