With JellyBean due to arrive at the beginning of October, it's time to get started on Greyson's new room.  JellyBean will be getting Grey's old room with minor change: Greyson's Room will need to be changed to read whatever JellyBean's name ends up being.

After quite a few discussions Greyson finalized on a Harry Potter themed bedroom.  Traci and I had an "over the top" idea for his closet, but after extensive thought and design work by my uncle we've decided it's probably too much to tackle, at least for now.  The idea was to replace his closet doors with bookshelves on tracks that would open sliding around the angled wall towards the main door into the room.  This would then be connected to something like a garage door opened so it would open and close when triggered. Triggering would be via the Harry Potter Universal Remote Control Wand.  He could have "magically" opened and closet.  There were quite a few issues around this, and while I still believe "anything is possible", the limiting factor here is COST.

So we are moving forward with a far more modest (for us anyways) approach.

We will attempt to paint the room to look like castle stone blocks and apply "wallies" of various Harry Potter characters to the walls.  I also plan to flush mount digital picture frames with thematically appropriate framing. This will create the moving picture effect seen in the movies.

We've already procured him a new loft bed with slide and a closet organizer as well.

Today we started the painting. This is Grey's first time painting a room and he seemed to really enjoy it.


Greyson in his painting shirt: 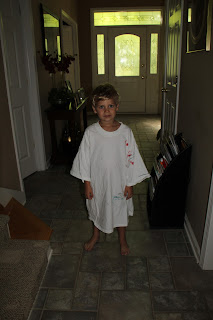 The room tapped off: 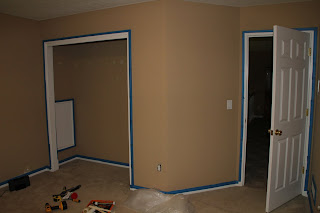 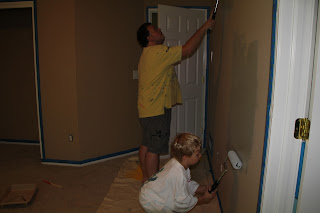 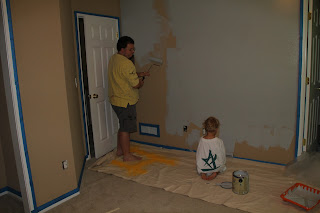 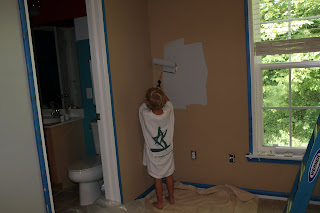 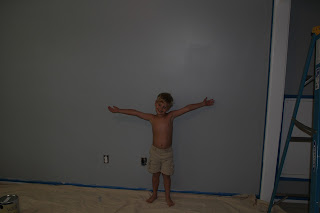 Base coat on, this will serve as the "grout": 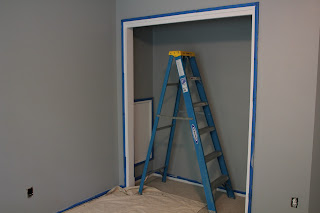 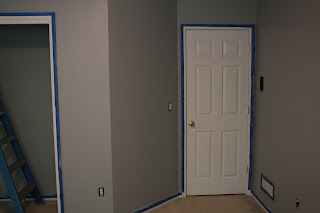 Posted by Clinton Harpman at 3:20 PM