By far the most fun project and most complex I've done.  Couldn't have done it without John Kniedel's extensive help.  Thanks to his slave driving speed, we were done with this project in only 6 weeks, start to finish. 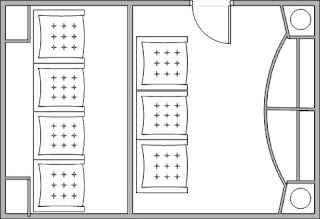 Some of the Equipment has changed over the years. The Xbox 360 was replaced with a 360 Elite when I got the red ring of death. I added an HD-DVD drive to the 360 and most recently a PS3 (MGS4 edition) that I won. The PS3 and the replacement PC used for media center are in the office adjoining the home theater with the wires running through the wall.

Posted by Clinton Harpman at 3:04 PM